New experiment confirms that Uranus and Neptune are raining diamonds. 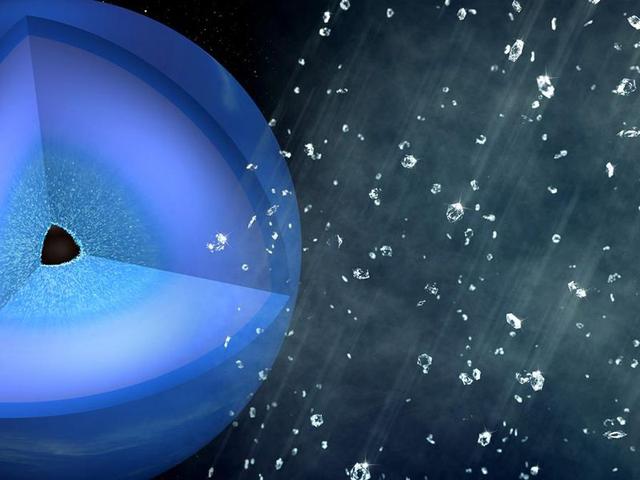 It's raining diamonds at Uranus and Neptune.

The SLAC National Accelerator Laboratory, using the Linac Coherent Light Source X-ray laser, has confirmed that at Neptune and Uranus' Deep down, it could be raining diamonds. The high temperatures and pressures thousands of kilometres below the surface of these ice giants would split the hydrocarbons, compressing the carbon into diamonds and moving towards the planet's core. sinks deeper.

The new experiment is the most precise to date, and it confirms the direct transformation of carbon into crystalline diamond.

Neptune and Uranus are the icy giant spheres of our solar system, and the least understood planets in our system. They are so far away that only the Voyager 2 space probe has ever come close to them.

But in the wider galaxy, ice giants are extremely common. Neptune-like exoplanets are 10 times more common than Jupiter-like exoplanets, according to NASA.

The atmospheres of Neptune and Uranus are composed primarily of hydrogen and helium, with small amounts of methane. Beneath these atmospheres, a super-hot, super-dense fluid consisting of "icy" materials such as water, methane, and ammonia encapsulates the planets The core.

Previous calculations and experiments have shown that, given enough pressure and temperature, methane can be broken down into diamonds.

An experiment led by physicist Dominik Krauss at the Helmholtz Centre in Dresden-Rossendorf, Germany, used x-ray diffraction to prove it. Now, Krauss and his team have taken their research a step further. 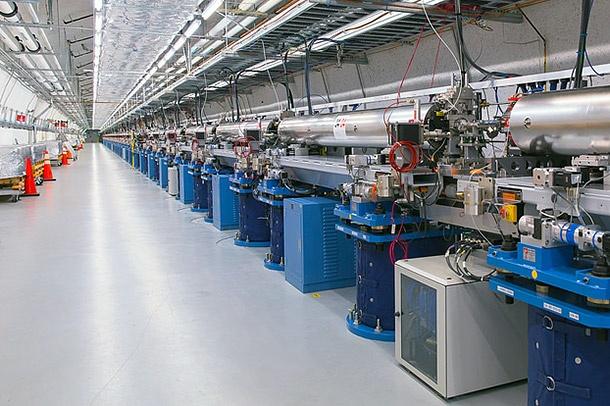 Replicating the interior of a giant planet on Earth is a challenging task. Scientists need some pretty special equipment, which is the Linac Coherent Light Source X-ray laser. In addition, a material was needed to replicate the interior of the giant planet. To do this, the team used the hydrocarbon polystyrene (C8H8) instead of methane (CH4).

The first step was to heat and pressurize the material to replicate the ambient conditions inside Neptune at a depth of about 10,000 kilometers: optical laser pulses generate shock waves in the polystyrene, heating the material to about 5,000 Kelvin (4,727 degrees Celsius) it also generates intense pressure. 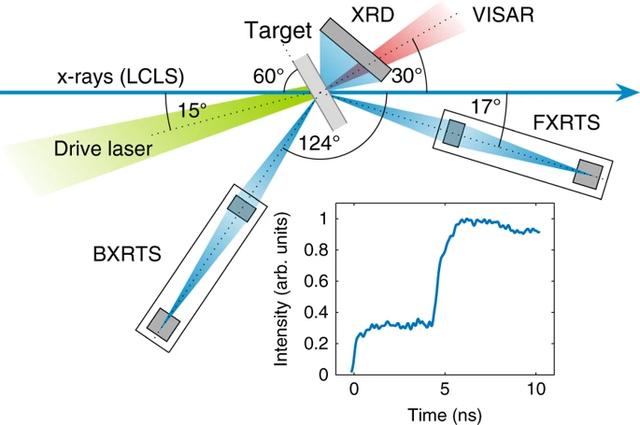 Krauss said: "We generated about 1.5 million bar of pressure, which is equivalent to the weight of about 250 African elephants in the thumbnail pressure exerted by the surface."

In previous experiments, X-ray diffraction was used to then probe the material. This worked well for materials with a crystalline structure, but less so for non-crystalline molecules, so the picture was incomplete. In the new experiment, the team used a different method to measure how the X-rays scattered off the electrons in polystyrene.

This allowed them to observe not only the process of converting carbon into diamond, but also what happens to the rest of the sample: it splits into hydrogen, and there is almost no carbon left.

Kraus says, "We now know that in the ambient case of ice giants, carbon forms almost exclusively as diamonds when it separates, not Fluid transition forms."

Neptune has some very strange temperature phenomena in its interior, which is much warmer than it should be. In fact, it emits 2.6 times more energy than it absorbs from the Sun.

This experiment shows that we don't need to travel to other planets ourselves, and that we can use experiments to "detect" other planets in the solar system with Interior.

This technique will allow us to measure interesting, hard-to-observe conditions in the field," says Krauss. We'll be able to see how the hydrogen and helium elements found inside gas giants like Jupiter and Saturn mix and separate under these extreme conditions. . It is a new way to study the evolutionary history of planets and planetary systems, while supporting potential future forms of fusion energy. Experiments. The approach based on X-ray scattering is very promising, and our experiments are providing important model parameters, whereas previously, we had only There's a huge uncertainty. The more exoplanets we discover, the more important this will become."

The study has been published in Nature Communications.

Or rather, I'm more like a "dirty snowball," made up of loose ice, dust and small rocks. There are many of my kind here, about a trillion of them, and together we form a whole - let's call it the Oort Cloud.

For example, the three largest pyramids, led by the Pyramid of Huf, were built in 15,000 B.C. in exact correspondence with the "three stars of Orion's belt", and the size of the pyramids also reflects the different luminosities of the three stars.

In recent days, reporters interviewed many enterprises in the area, such as Sichuan Zhongke Chuanxin Technology Co.

Scientists from the Technion (Israel Institute of Technology) have observed branching light currents for the first time, and their findings have been published in the journal Nature, where they appear on the cover of the journal for their important discovery.

The results have been published in the recent issues of Light: Science & Applications and Journal of Laser & Photonics Reviews.

A team of researchers led by Stanford University has invented a way to store data by sliding atomically thin metal layers on top of each other, a method that can fit more data into less space than a silicon chip, while also using less energy.

Potatoes as a staple, high on the health scale! Potassium, dietary fiber, and starchy vegetables can all increase the intake of

The 2 steps to keep in mind when frying garlic moss "most contraindicated" directly in the pot, garlic moss is not yellow, green and flavorful!

What makes Afghanistan an imperial tomb? American soldiers: all soldiers are poor, so poor they don't fear death

The highest large lake in the world, with a depth of over 120 meters, the third largest saltwater lake in China.

The difference is clear when you look at Guangzhou, China's ultra-developed city, and Chicago, the third largest city in the United States.

How did Hubble change our view of the universe, and how did 30 years of observation lead to a new chapter in astronomy?