I remember when I was a kid, it seems like no matter if it's stir fry or dressing, the ingredients are very simple and most of the dishes we use are the ones we commonly use" Four-piece" seasoning - salt, soy sauce, vinegar, monosodium glutamate. With the development of the society and the improvement of the economic level, people are more and more particular about their diet, and they are exposed to more and more seasoning products in their life. . 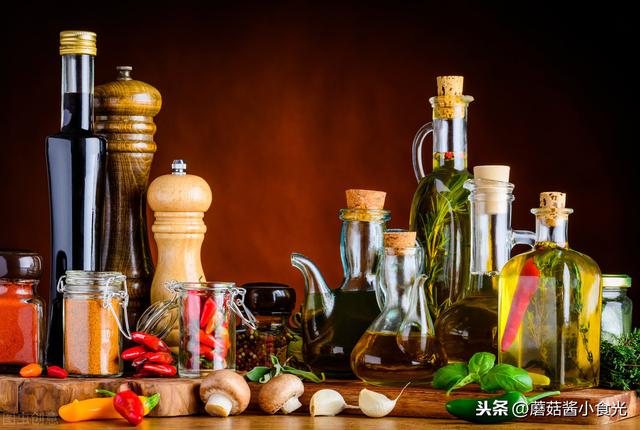 To give a simple example, before stir fry only used soy sauce, now stir fry may use old soya sauce, light soy sauce, flavored soy sauce, oyster sauce and other seasonings, these seasonings all look similar in color, many people will be a little confused when picking them.What's the difference between so many seasonings? How exactly should you pick? Let's find out more about it today. 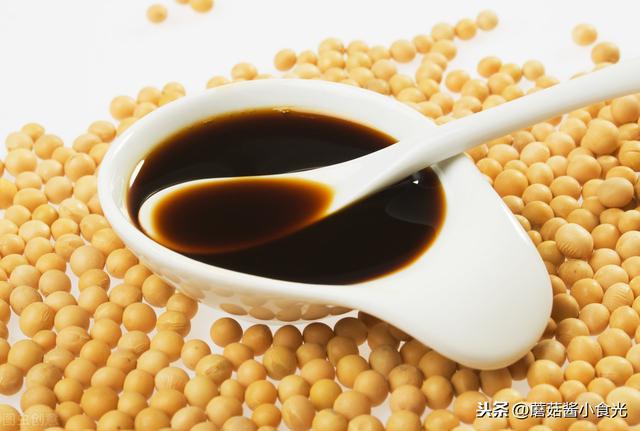 1.What is raw smoke?

Soy sauce and dark soy sauce are both types of soy sauce, but the manufacturing process is different.

The texture of the raw smoke is thin, close to a watery state, reddish brown in color, salty in taste, and can be refreshing.

There are many uses for raw soya sauce, which can be used for stir-frying, mixing vegetables or for making dipping sauces. 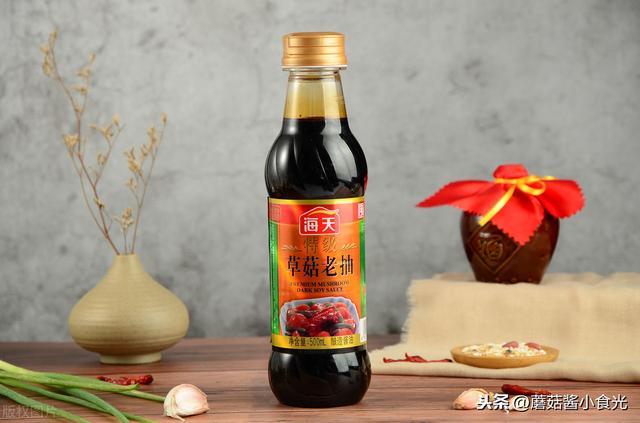 Like raw soya bean and wheat, aged soy sauce is a seasoning made from soybeans and wheat, artificially mixed with seed mushrooms, and fermented through natural dew drying.

Aged soy sauce has a thicker texture, is closer to black in color, has a saltier taste than raw, and is especially good for coloring dishes.

Old soya sauce is suitable for braising or brining food to give a better colour to dishes, such as brined pig's feet and braised pork ribs.

4.Precautions for use of Weiji Fresh.

If it is heated for a long time, the original flavor will be destroyed, so if it is used in stir-fry, it must be added when it is about to be cooked. 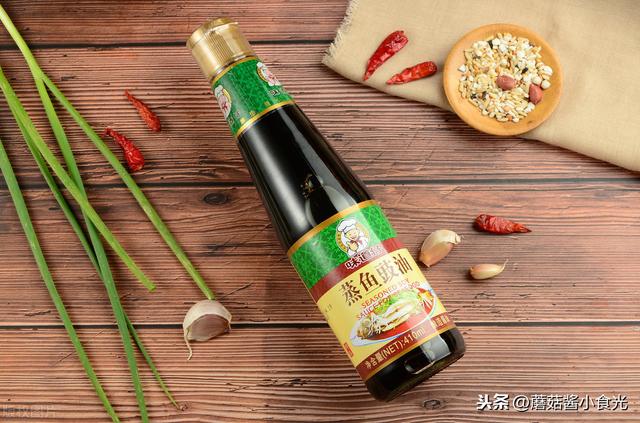 Soy sauce, which we commonly use to steam fish, is a type of soy sauce that is also used for raw fish.

The soy sauce flavor is clear in texture, reddish brown in color, and salty but fresh in flavor. 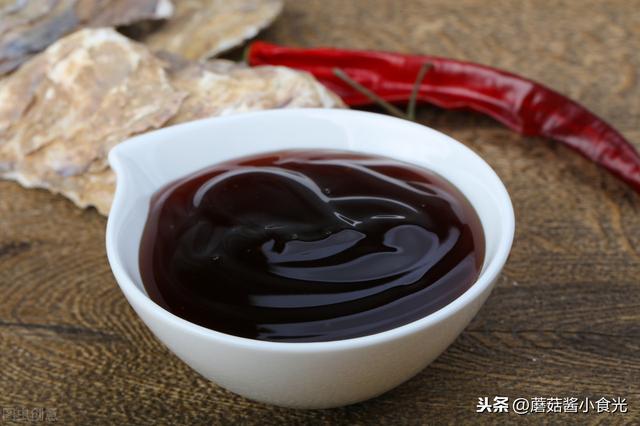 Oyster sauce is a seasoning made from oysters (oysters) after boiling and processing, and is mainly used to freshen food.

The oyster sauce was thick in texture.Reddish brown in color, savory with a hint of sweetness..

Oyster sauce can be used in a variety of ways, either as a stir-fry, as a cooler, or as a dipping sauce.

①Oyster sauce should not be heated for too long, otherwise its flavor will be destroyed.

①Oyster sauce is a fresh seasoning, so you don't need to use chicken essence or monosodium glutamate.

③ Don't use oyster sauce with pepper, sansho pepper, star anise or other pungent seasonings, as they may spoil the flavor.

④Oyster sauce is perishable, so put it in the refrigerator after opening (there are hints on the oyster sauce bottle). 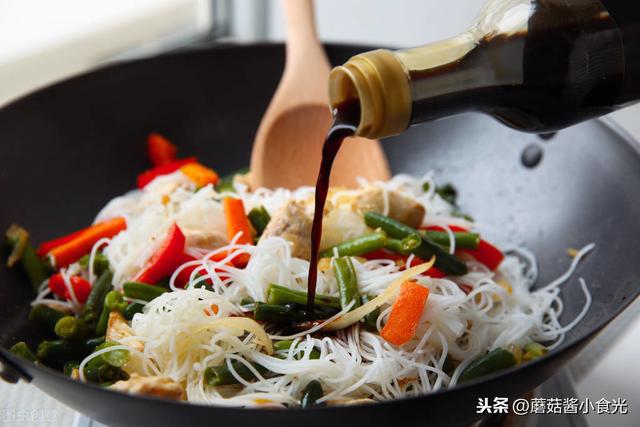 As you can see from the above, some of these seasonings have similar uses and some are far from each other, so how should they be used together?

1.To make coleslaw or home-cooked stir-fry.Soy sauce and Weiji Fresh can be used with a small amount of oyster sauce to enhance the flavor and aroma.

2.Marinated meat and braised dishes that need coloring.Because the freshness will be reduced if it is heated for a long time, it is not recommended to heat it for a long time, so it is usually used with light and dark soya sauce. 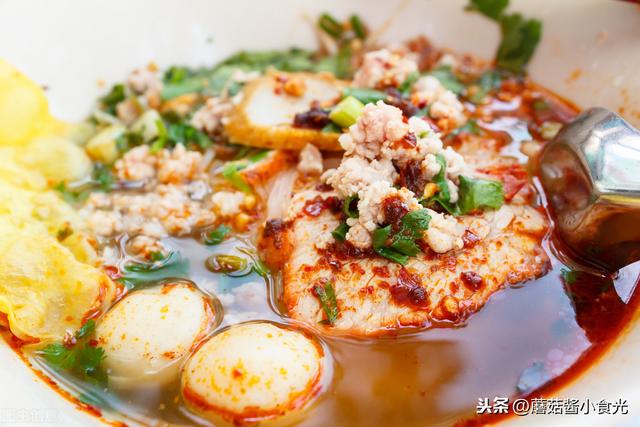 After reading this article, do you have a clear understanding of the seasonings, such as soy sauce, soy sauce, oyster sauce, and soy sauce? ? To make it easier to remember, Mushroom Sauce has summarized the above as follows.

The light soy sauce has a clear red-brown color, and it's a good dipping sauce for stir-fry and cold dishes.

Weiji Fresh and Soy Sauce are both raw, the former cold and stir-fried the latter steaming the fish.

Here the mushroom sauce to remind everyone, although the above seasoning are natural ingredients made or brewed, but these ingredients contain sodium, so we should control the amount of use in general, do not ingest too much oh.

The above is the mushroom sauce on the "finally figured out the difference between raw soy sauce, aged soy sauce, tasty, soy sauce, oyster sauce, after reading the knowledge" this article all the content.

I hope it can give you some inspiration. If you have any other questions or better ways, please feel free to exchange in the comment section, and thank you for reading, commenting, forwarding and Compliments.

I love this dish in July! A bite of sauce is better than meat, 10 minutes to prepare, minutes to cook.

It's easy to make and store, and I don't believe you can't learn how to do it~!

The main ingredient in today's dish is garlic scapes and goose. It's said that it's been killing people just to distinguish between garlic scapes, garlic moss, vegetable moss, leeks and garlic plants.

No matter what kind of fish you are stewing, add this 1 step before you put it in the pot to make sure the soup is thick and white, but not fishy.

Both Professor Zhang Wenhong and Academician Zhong Nanshan are repeatedly stressing the need to pay more attention to protein in daily life, strengthen Resistance. Here we are using a crucian carp, you can also choose another species, scrape off the scales, remove the guts and gills, clean the carp and cut it into Round and able to lay flat on a plate so it's easier to get the flavor when frying.

For chicken soup, is it better to use a young rooster or an old hen? The chef told you not to get it wrong in the future.

In summer, use it to wrap dumplings, fragrant and tender, 1 yuan a pound, better than leeks and fennel.

4 kinds of deliciousness "hidden" in the rice field, not just the rice fish, eat all of them, only the food!

In the countryside, every family will plant paddy fields, and what is planted in the paddy fields is rice, and after the rice is shelled, it is our daily life. Rice to eat. "Hidden" in the rice field of 4 kinds of delicious, not only the rice fish, all eaten, only ate.

A bowl of cold shrimp in the belly, the heat is gone, the whole body comfort, all the heat instantly disappeared, drink cold shrimp, this summer is not a waste of time! . The cold shrimp is more prevalent mainly in Shaanxi, Hubei and Yungui Sichuan, and for those who have never eaten it, listen to its name and think it is shrimp, look at its shape and think it is The mutated tadpole can't get down.

What do you eat in the summer? Try the eggplant mix!

In summer, the local eggplant is on the market, very tender, slightly cold, sweet and belongs to the spleen, stomach and large intestine meridians.

This dish is best eaten in the summer. It's not easy to eat, but it's good for you.

The best way to make fried noodles, the sauce is so rich, you won't even get tired of it for three days, it's so delicious!

This dish is best eaten in the summer. It's not easy to eat, but it's good for you.

What do you eat in the summer? Try the eggplant mix!

4 kinds of deliciousness "hidden" in the rice field, not just the rice fish, eat all of them, only the food!

In summer, use it to wrap dumplings, fragrant and tender, 1 yuan a pound, better than leeks and fennel.

For chicken soup, is it better to use a young rooster or an old hen? The chef told you not to get it wrong in the future.

No matter what kind of fish you are stewing, add this 1 step before you put it in the pot to make sure the soup is thick and white, but not fishy.

It's easy to make and store, and I don't believe you can't learn how to do it~!

I love this dish in July! A bite of sauce is better than meat, 10 minutes to prepare, minutes to cook.

When it comes to french fries, never blanch them and fry them straight! KFC uses this 1 trick for crispy, not soft fries

News flash! According to this organization, the cumulative number of deaths from neo-coronary pneumonia has exceeded 500,000 worldwide.

This is the most nutritious way to eat broccoli.

A very low-key ancient town in Shaanxi, with a thousand years of history, open all day, no admission fee!

To die together? WHO Prophecy Becomes Reality As of June 14 India Officially Takes on the World

Saddam was a stand-in? In fact, the U.S. Army had already identified him. It was a ruthless move.

The world's largest salt mountain, made up of 300 million tons of salt, and visitors must bring a bag of salt with them.