Don't be confused by Neptune, the most powerful storm in the solar system is actually hidden here!

The solar system has eight planets, but we pay varying degrees of attention to them, with more attention to Mars and Jupiter than to Earth. Jupiter, because Mars has the potential to be a second home for humans, but Jupiter is the oldest of the eight planets, and the other planets in the solar system are the The masses all together are less than half the mass of Jupiter. The presence of Neptune, located on the outer reaches of the solar system, is relatively low, and basically only when talking about the entire solar system. It's only then that we mention the planet's name. 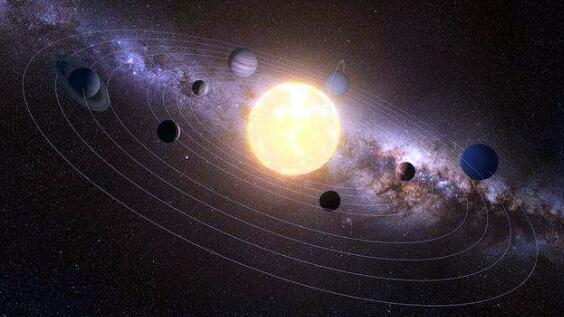 In fact, as early as December 28, 1612, the famous physicist Galileo had already observed Neptune, but because of the limited observing conditions at the time, he mistook it for one of the moons of Jupiter, and it wasn't until September 23, 1846 that the planet was officially recognized by astronomers as the eighth planet of the solar system, and because of its distinctive pale blue color, it was named Neptune (the name of the god Neptune in Western mythology), and we call it Neptune based on that meaning.

The average distance between Neptune and the Sun is 30.06 astronomical units (about 4.504 billion kilometers), where the Sun emits The light and heat are already weak, so it's easy to assume that without enough energy, the planet should be very quiet. And some of the images we've seen of Neptune seem to confirm this view, such as the image below of Voyager 2. This image was taken by the Neptune probe on August 25, 1989 during a flyby of Neptune, and it looks like the planet is calm. of the ocean as well. 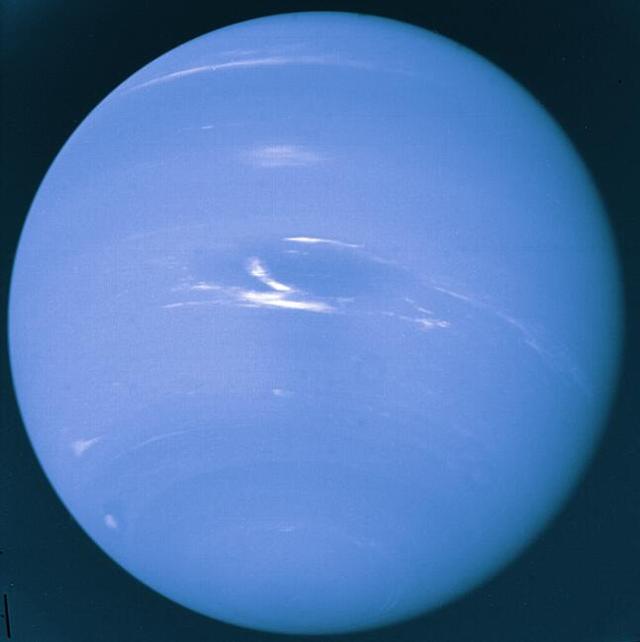 However, this is just an illusion, and let's not be fooled by Neptune, but the most powerful storms in the solar system are actually hidden here, the image The white part is actually an extremely intense storm system in Neptune's atmosphere. According to scientists, the wind speed on Neptune can reach a staggering 2,100 kilometers per hour (the speed of sound is only 2,100 kilometers per hour). (1224 km), which is not comparable to any other planet in the solar system.

The question then becomes, why is the most powerful storm in the solar system on Neptune? Where does the energy come from? Here's what we'll talk about. 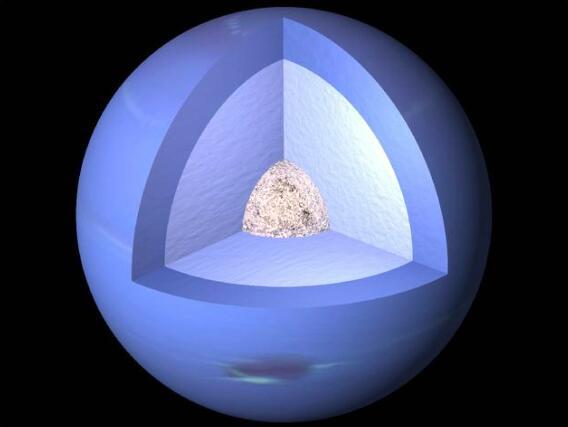 The general structure of Neptune is shown in the figure above, it has a smaller planetary nucleus, its mass is about the same as that of the Earth, the temperature is about 7000 degrees Celsius, there is no definite conclusion about the source of the high temperature in the core of Neptune, the more widely accepted view is that it comes from the kinetic energy released when the primordial matter that formed Neptune collide with each other, and the energy generated by the decay of radioactive elements in the planetary nucleus.

Beyond the planet's core is a mantle structure made up of water, methane, ammonia and other volatile materials that are dense fluids due to the high temperatures and pressures of the environment, and beyond this is Neptune's dense atmosphere.

Neptune's upper atmosphere is composed mainly of hydrogen and helium, its top temperature is as low as -218 degrees Celsius, and as the altitude decreases, the temperature and pressure of the atmosphere will continue to rise, while the content of volatile substances such as water, methane, ammonia, etc. will also increase, and then gradually mixed with Neptune's mantle structure, to put it simply, Neptune's atmosphere and its mantle structure is no obvious demarcation line.

By the way, many people think that Neptune and Jupiter are the same type of gas giant planets, but this is incorrect. Studies have shown that Jupiter's main chemical components are hydrogen and helium, while Neptune's are water, methane, and ammonia, which creates the Many of their physical characteristics (e.g., magnetic field structure, effective temperature, atmospheric latitudinal circulation, etc.) are vastly different, thus Arguably, Neptune and Jupiter should not be classified as gas giants of the same type.

Since methane, water and ammonia were all in the form of ice crystals when Neptune was formed, astronomers call planets like Neptune "ice giants", such as Uranus in our solar system, which is also an ice giant. 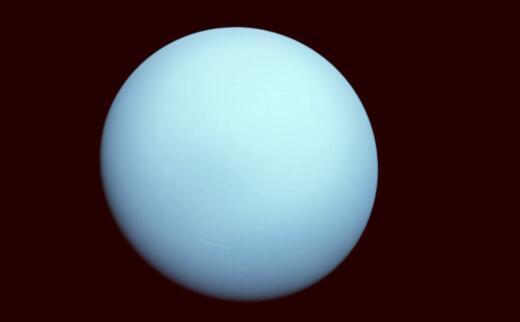 Well, that's all for today, welcome everyone!Follow us onI'll see you next time.

(Some of the images in this article are from the internet, please contact the author to delete any infringement)

The girl from Xinjiang who married a Dubai tycoon in a villa so luxurious that she could lend it to Jackie Chan for a movie is really an ox!

Serie A: Lazio 2:1 against Fiorentina

What are the abnormalities in the body that are deficient in vitamins A, B, and C? How to supplement?

Why doesn't the United States ever parade its troops?